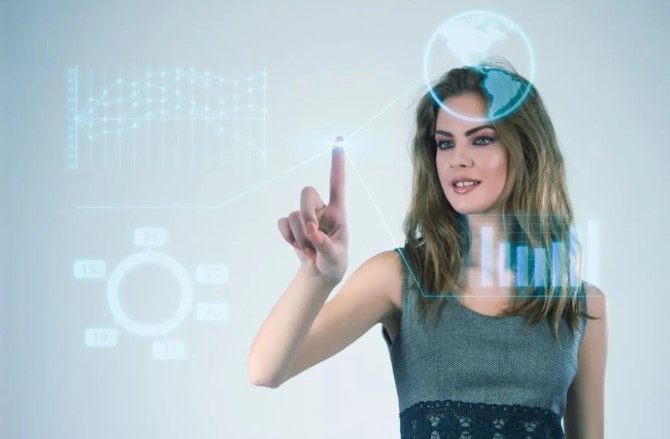 There are examples where women role models have showcased the importance of getting an equal opportunity in the Tech Industry.
In the 21st Century, we have seen that women have contributed equally to the growth & development of any nation. Earlier women were underrepresented by various sectors, whether you talk about the IT industry, developers, finance, activists, etc. But now, we have recognized numerous role models who have motivated the world with their dedication & skills and suggest to us that women can excel in any sector with the help of the two.

Women have successfully surpassed the strain of society and inequality in professional roles. Their growth in technical fields has overtime subsided the barriers to opportunities and wealth and have gained visibility in their respective domains.

Over time, the challenges faced by women in science and technology expertise have also been cornerstone with the initiatives by various industry leaders. In the process of women’s career and growth, Tech industry leaders maintained a gender balance that holds back to a better economy.

There are examples where women role models have showcased the importance of getting an equal opportunity in the Tech Industry.

Dr. Swati Mohan, an Indian-American scientist, Guidance and Controls Operations Lead in NASA, played a vital role in NASA’s Perseverance landing. Therefore, there are other enormous examples that send a message to the world that women’s dedication ensures the development of any nation.

Another example is the one that many of us may not be aware of. The ENAIC (Electronic Numerical Integrator and Computer), that performed complex calculation during world war-2 developed by the US includes a team of 6 brilliant women. However, the names of those talented women were not unveiled during the launch of the ENAIC project.

Both examples are from two different decades. However, they manifest that how women’s participation in science and technology has gained acknowledgement in the current era. Hence, strong networking, as well as a balance of personal and professional development of women, can introduce the world to their accomplishments.

Women in Tech-Force
Since technology growth is expanding multi-fold, to maintain the sync between in-demand technologies, women validate technical program learning. Technologies such as Artificial Intelligence & machine learning, quantum computing, the Internet of Things, etc. have helped fill the void which is been seen in the tech Industry. Not only learning but women’s participation in the competitive platform has reflected their technical competency.

According to the reports the median female share of the global workforce is 45.4 percent, hence, the role of women has expanded exponentially in the last few years. Not only this, many women are now working in the technology fields & many have started their own business which represents the entrepreneurship quality in generating the job & filling up the gap in the technical field.

Due to the high demand for skilled tech forces, it became the responsibility of tech giants in bridging opportunity gaps in order to avoid any lacking of jobs that can lead to an economic crisis. Increasing the tech force by Tech Industry is helping to develop a world-class ecosystem in the field of Science & Technology.

The way our Honorable Supreme court of India as the bench of justices on Feb 2020 decided to provide the permission of permanent commission for women officers. Breaking the stereotypical belief that women are physiologically weaker than men.

Similarly, tech giants too promoted women through various initiatives. Bringing balance in the system and gradually leading to the betterment of the growth & development of the entire ecosystem.

In brief, women’s growth in the tech industry is unquestionable, in comparison to the previous two to three decades. Their participation and further enhancement in the respective sector have seen tremendous height. We believe to see them grow even more in the rural areas and at a younger age as well.

For Any Queries Request A Call Back